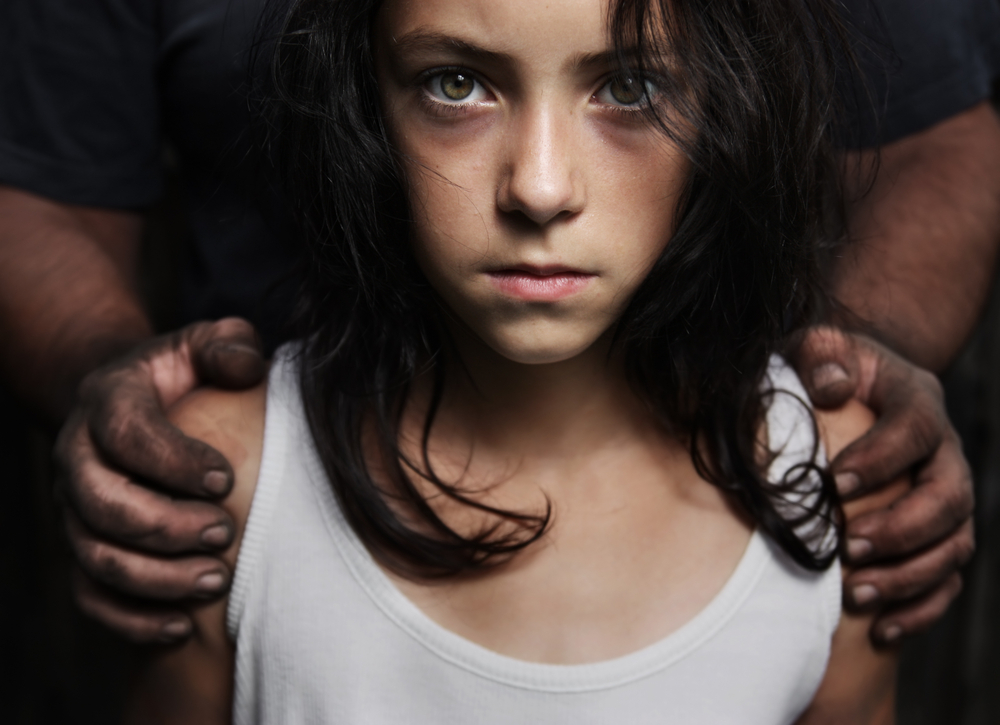 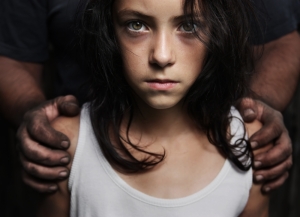 Be, Lord Jesus, a bright flame before me,
a guiding star above me,
a smooth path below me,
a kindly Shepherd behind me:
today, tonight, and forever.
(100 prayers by the De La Salle Brothers)

As I stood looking out the window in my office, I watched a couple coming up the walk in silence. We had a 10a.m. appointment and they were early. We settled in our chairs and took care of paperwork, allowing the quiet to settle in. As the last line is filled in, and the tension building, we begin. “Tell me what brings you here” can be a floodgate opening or a telling moment of decision “where do we start and can we trust her with something so painfully personal”. They either both talk at once, or one will begin framing a story of the peaceful life they once had and how it gradually became the awful place in which their family now find themselves. The pain is palpable. Finding a way through this nightmare is something they have never faced. They look like they haven’t slept well for weeks, physical symptoms of the toll this stress is taking. This meeting would be like so many others with parents’ anguish over their children. Their sons and daughters – out of control, disrespectful, associating with friends who did drugs, promiscuous, self-destructive and now the violence. In many cases like this, kids had been in counseling, in and out of juvenile custody, even in a treatment facility and finally removed from the home by Children’s Division and the courts. Here was another set of parents who were being required to take parenting classes to begin to rein in this child who was pushing back.

I have worked with many families in this situation and the outcome is not always good. Many times the relationship between the teen and parents has become so toxic as to be irreconcilable. Sometimes it takes months to uncover the underlying causes of a family’s dysfunction. This is the value of the work I do. There are no time restrictions or deadlines in working with families. One hour per week becomes a respite for these parents to come and talk where openness is encouraged and disagreement is allowed. Based on cases I have worked with, extreme behaviors can begin with for instance, a child who claims to have been molested and the parents may not believe the child. Even if you are the non-offending parent but you choose not to believe your child or pursue investigation of the incident in question, your response can be just as detrimental.

The parents’ reaction can be clouded by who the alleged perpetrator is and may choose not to accept this disclosure because of the personal impact it might make. In downplaying its extreme significance the outcome for the child can be devastating as the child looks to the parent for protection that may not come. The child can feel devalued and helpless as everyone moves on as if nothing happened. This can cause feelings of suppressed rage that can be dormant until they reach that narrow window in their adolescent/teen years and then life as you once knew it can change drastically. The breech of this child’s trust could have been from a long list of other reasons, anyone of which could be the problem.

It would be a logical choice if we could blame the times in which we live or influential friends or even the child for outrageous behavior but in all cases, the parents must accept the responsibility of turning this around. They are the only ones in this child’s life who can really change the dynamics of the crisis. Parents mistakenly look to counselors, medication, caseworkers and the courts to take over this problem and fix this child, when all the professionals can really do that is most effective is help the parents fix the child.

The subtle nuances of parental-love relationships we have with our children are so delicate yet powerful that we can be unaware of what happened or was said that has triggered certain behaviors. Those behaviors, if left unchecked, can escalate out of control. I have found in many cases that the behaviors of these children/teens in crisis can happen overnight with explainable reasons that could be dealt with early on with respect, love and honesty and restore all to normalcy. If any of this is describing your situation, it would be advisable that you seek help immediately. You are the superhero who will eventually make things right. Seeking help for your child is a responsible demonstration of love on your part to learn new skills in heading off what can eventually become a disaster.

For instance, once you have to begin threatening to call the authorities to control your child, it has already set in motion a chain of events that may not turn out well. We all want our kids to graduate from high school and go on to college or get a good job that allows for their independence and especially not living at home. There is a narrow window of a few adolescent/teenage years that can especially impact what your child will do with his/her life. These are the years that we must be vigilant over our children, our nieces and nephews and our grandchildren and be courageous to take actions that will protect them. Any behavior that is an extreme departure from your child’s norm is a cry for help. Someone must listen and respond. It will not improve on its own.

When we refer to the word “wilderness” many pictures come to mind such as a desertscape or a dense forest. In the Hebrew culture “wilderness” represented being taken from a place that could harm us to a place where we can be taught what we need to know to be safe and complete.

Abuse of children doesn’t always have to be physical. It can be emotional and have an equal impact with devastating results.

In national statistics relating to violence in the family, it is estimated
63% of youth age 11-20 in prison killed their mother’s abuser.

In August, 2009 a group of seven twelve year old boys headed into the Catskill Mountains in New York to tend a fire for 24 hours. They were given no food, only had water and weren’t allowed to take any electronic devices with them. “Tending Fires” is the documentary about this event. Each boy alone in his own location on the mountain was to gather wood and tend a fire with no distractions.

Peter Ferland, a filmmaker from Vermont who produced “Tending Fires” stated that the rite of passage sprung from a wilderness program he and his son attended learning about plant identification, fire making and nature in general. The boys were from 9-13 and as they grew out of the program they needed a challenge, a ritual that would mark the transition from childhood into adolescence and adulthood.

In the Active Parenting curriculum, one of the five natural goals for an adolescent youth in their pushing-back period for greater independence is “Challenge”. It is during this crucial stage that they build skills with reasonable risk-taking in learning how to take care of themselves and make responsible decisions. This stage works like it’s supposed to if the parents are tuned in to what’s happening naturally and are prepared to step back and provide guidance, appropriate boundaries and support during this testing time. If the relationship is toxic between the youth and their parents it could be a time of all-out rebellion which could include harmful thrill-seeking through drugs, promiscuity and even petty crime depending on their circle of friends.

The “Tending Fires” film takes a look at all of that. The parents of the boys provide interviews which gives you an across the board representation of the pushing back behavior in which these young men were engaging at the age of 12. One of the positive outcomes of creating this rite of passage is to develop restorative culture. In Wikipedia “restorative culture” is defined as “building healthy communities, increasing social capital, decreasing crime and antisocial behavior, repairing harm and restoring relationships. In sociology, social capital is the expected collective or economic benefits derived from the preferential treatment and cooperation between individuals and groups”.

The village or extended family all come together to mentor the boys in the ritual as the parents step aside. Several men all known to the boys- brothers, uncles, grandfathers and men of the church and community, participate bringing their skills and support into the experience to validate the importance of each boy’s arrival at adulthood.

Rituals of this nature in different cultures has been lost over time to the broader public so we must create our own. The Native American Vision Quest is a good example of a rite of passage in which the community comes together to witness this transition and provide support. A rite of passage ritual should be created for girls as well.

One of the viewers of the film commented: “As a father myself, I experienced emotion when one of the mothers talked about the detaching process. I understand it and expect it – but probably can’t really imagine it yet. Still, her comment that such detachment was ‘bittersweet’ was, to me, the heart of the film”. Taken from Tending Fires website.

On the eve of the beginning of the rite of passage, each boy who has been prepared over several months for this is accompanied by the mentors to his prospective campsite. Following this the mentors all wait at the bottom of the mountain at their own campfire praying for the boys. No personal campfire experience was filmed for obvious reasons. Being on their own for the most part with no distractions would be the most powerful catalyst for change. There were random periodic checks for safety. The reactions of the youth which come later in the film are very profound in the way they are impacted by the experience.

I have a copy of this film “Tending Fires” that I would be willing to provide to any group for the purpose of creating rituals for rites of passage for our youth here in the beautiful Mark Twain National Forest and waterways.

Imagine our communities as a result of providing programs for restorative culture where all our youth are prepared and honored in loving ways for adulthood.

“Start children off on the way they should go,
and even when they are old they will not turn from it.”
Proverbs 22:6NIV

“ Let us not become weary in doing good, for at the proper time we will reap a harvest if we do not give up”. Gal. 6:9NIV

The information contained in this website is for general information purposes only. The opinions expressed are simply opinions. In case of emergency, call 911. Please speak to a licensed therapist, social worker or advocate for direction and advice. The information is provided by Sweetwater Journey and whilst we endeavor to keep the information up-to-date and correct, we make no representations or warranties of any kind, express or implied, about the completeness, accuracy, reliability, suitability or availability with respect to the website or the information, products, services, or related graphics contained on the website for any purpose. Any reliance you place on such information is therefore strictly at your own risk. In no event will we be liable for any loss or damage including without limitation, indirect or consequential loss or damage, or any loss or damage whatsoever arising from loss of data or profits arising out of or in connection with the use of this website.
Loading Comments...
%d bloggers like this: